Triple Helix, this is the End Game

Listen UP: Since airing this video, I just found out that Michael Hoggard ( the preacher who talks about the triple helix)sees nothing wrong with the snakebite!!!!! Wow!!!! No WAY am I endorsing him or his beliefs. Brothers and Sisters, Do NOT listen to anyone who is promoting this instead do your own research.

Hear the Ram’s Horn blowing! Triple Helix has always been the end game. The Satanic Elite have found a back door to immortality. The Satanic Elite have corrupted the source code of life, by manipulating the DNA. They have removed Yahuwah’s divine signature from every cell then replaced YHWH with Nephilim blood. Thereby, they have changed the human species to a beast! The agenda has always been to remove the soul which is in the nephesh, from the DNA! These pawns of Satan, have found a back door to immortality! Sadly, the world has been deceived into believing the Strong Delusion.

\"Here is wisdom. Let him that hath understanding count the number of the beast: for it is the number of a man; and his number is Six hundred threescore and six.\" -Revelation 13:18

Brothers and Sisters do not fear! Discern the Signs of the Times, yet do not fear! Now more than ever, trust Yahuwah! As He is still in control! Remember you have not been given a Ruach of fear but of power and love and a sound mind! Do not fear them that has the power to destroy the body rather fear Him who has the power to destroy both the body and the spirit in Gehenna. Just remember Beloved Ones, they can take away your job, your food, your entertainment, even your life! Yet there is one thing these demons can never take, YOUR Faith in Yahushua! Pray to ESCAPE all that is coming! Get ready now and if you are not right with Yahuwah get right! Make your wrong's right! Repent and receive you the gift of Salvation through the Messiah Yahushua! I ask YOU what BRIDE are you? Are you the Bride of Satan? Or the Bride of Yahushua? All who call on the name of Yahuwah shall be SAVED! Yahuwah told us to, "...listen to HIM [Yahushua] as outlined in Matthew 17:5. “... My Name is in Him. (Exodus 23:21) and then turn with me to John 5:43, "“I have come in My Father’s Name... " Indeed the Father's name is in the Son's name and the Son came in His Father's name. Yahuwah (Yod-Hay--Waw-Hay) and are you ready for this? The Son does indeed have the Father's name, Yod-Hay-Shin-Waw-Ayin-Hay." Do you see that? I still get amazed over all this! They both bear witness to this. COPYRIGHT DISCLAIMER UNDER SECTION 107 OF THE COPYRIGHT ACT 1985, allowance is made for "fair use" for purposes such as criticism, comment, news reporting, teaching, Scholarship, and research. fair use is permitted by copyright statue that might otherwise be infringing Non-Profit Educational or personal use tips the balance in favor of fair use.

Triple Helix, this is the End Game 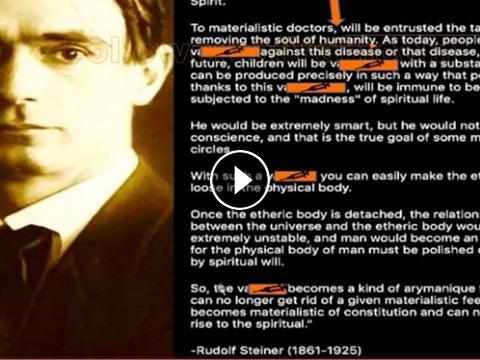 Listen UP: Since airing this video, I just found out that Michael Hoggard ( the preacher who talks about the triple helix)sees nothing wrong with the ...